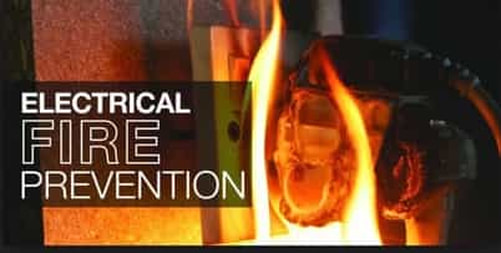 If you live in the Fort Lauderdale area, your local electrician service provider, Fort Lauderdale Electricians, can bring hope. Our electricians are available 24/7, and they will address any issues that could become hazards, preventing electrical fires from ever happening.

You may find yourself wondering how an electrical fire could possibly happen in your home. It may not seem so, but electrical malfunctions are actually far more common than you might think. According to the National Fire Prevention Association, electrical fires were the second most common type of home fire as recently as 2016.

So, how does it happen? What lies behind such a drastic event can actually be fairly simple to understand. Flowing electricity causes heat. Usually this heat is manageable, but any electrical issue can allow the heat to increase until it culminates in a fire. The causes of electrical fires may be things you’ve never considered, but Fort Lauderdale Electricians can fix them all:


If cords fall easily out of outlets, the outlet needs replacement. If not replaced, the loose outlets can generate more heat than their design regulates, increasing the chance of electrical fire.


If the wires in your home have been improperly installed, using the wrong sizes for certain fixtures, for example, they may become fire hazards. Don’t just call any electrician to install or repair your wiring systems—call Fort Lauderdale Electricians.


These are extremely common sources of electrical fires, primarily because of their exposure. If extension cords are tampered with—stepped on by playful children or chewed by the family dog—the electrical resistance and insulation of the wire begins to deteriorate, causing heat to build up and the chance of electrical fire to increase.


If any electrical appliance, fixture, or wiring system is overloaded with heat, it can cause an electrical fire. For example, an extension cord with too many appliances plugged into it becomes a fire hazard.